As our time in Shanghai continues, we discuss among ourselves, refining our reflections of our experiences, and focusing on what specific things we have observed. Initially, I focused on writing down the content of the lesson, but now I find myself really reflecting on what my observations can mean for us in the classroom in the UK. In this post, I will be discussing a lesson that impressed all the British teachers in my group because of its simplicity, before discussing a Sunday morning well spent in the hotel, and reflecting on a day in primary school.

During our final day in the first secondary school, we saw the best lesson we had seen so far in terms of small steps variation. The lesson was on using the index law for division. The teacher started by recapping the content from the previous lesson before moving into the first example, which involved fractions and decimals as the coefficients. 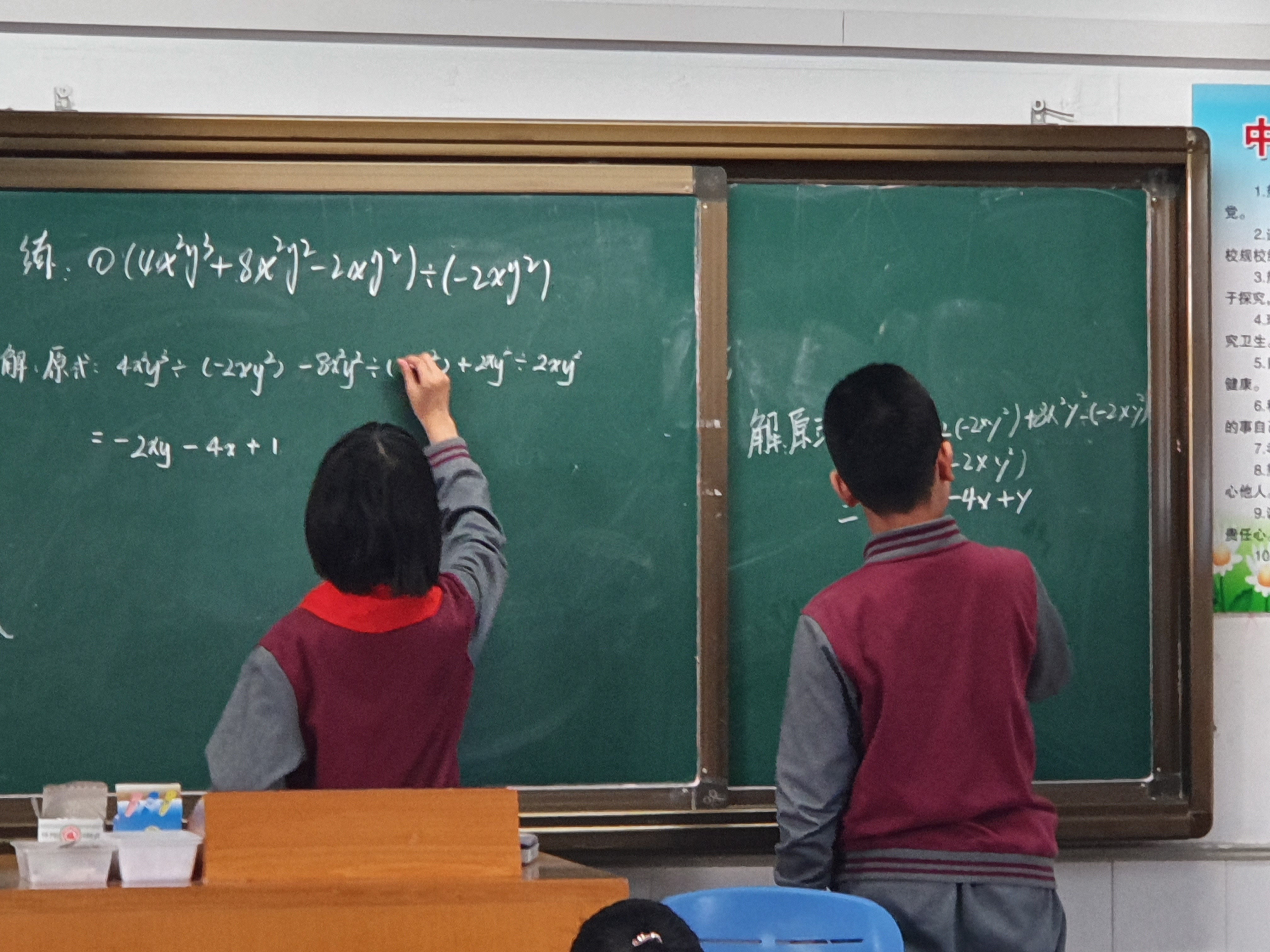 The students were so fluent in their use of fractions and converting the decimal to a fraction, it is clearly a skill they are expected to use all the time. The students worked through the example, with two different students working at the board and everyone else working in their books. Generally, the students got it right at the board, but there were a few mistakes which the teacher addressed. She kept highlighting key points, such as checking the signs when there were negatives being multiplied, making sure that the students understood which parts of the terms were squared. She also kept coming back to the key point of the lesson. In terms of the examples that were used, she only changed minimal terms, and these were to highlight the common mistakes that students make.

This lesson today, as well as highlighting the variation used in this particular lesson, also showed the small steps that staff take when introducing new content. Students had already learned how to divide using index laws, and in this lesson they were just using the law in different situations. It was guided by the teacher and again used small steps. When new content is taught in Shanghai, a significant proportion of the lesson is recapping what they already know and can do, and through this they carefully guide students through the steps that will lead them to discover and make connections that will lead them to the new learning.

What do the students already know that will help them make connections with the new learning?

How can we generalise our new learning, using the understanding we have just discovered?

Before finally thinking about how we can use our new understanding. This is seen in every lesson, no matter what the age or the topic, and was consistent in primary school. It was clearly shown in our Sunday morning activities. 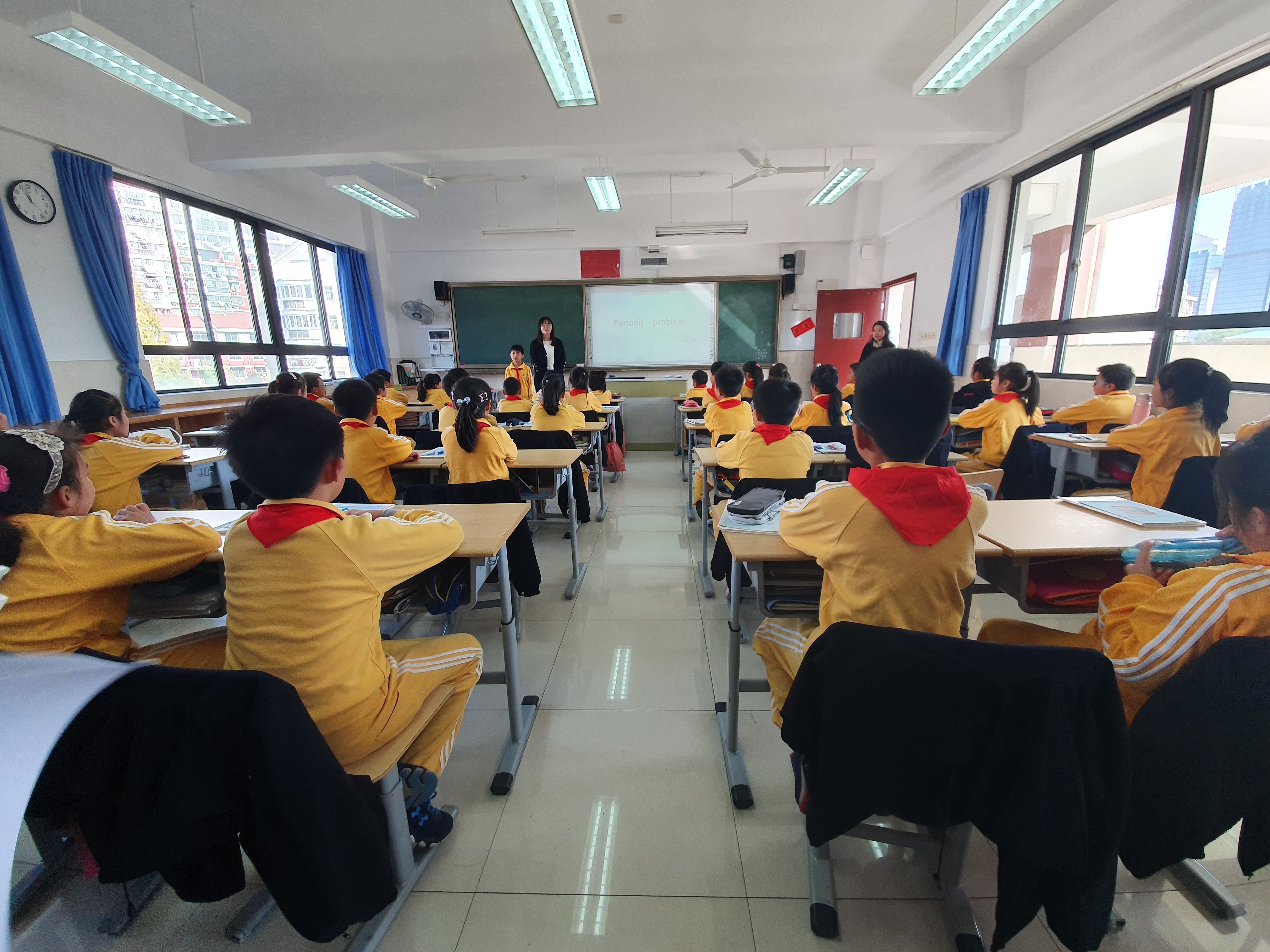 On Sunday morning, a number of primary teachers from Shanghai came to our hotel and delivered two lessons on fractions on a number line and then comparing fractions. This was a clear example of how the teachers would go about refining a lesson through a teacher research group, as well as how two lessons may follow on from each other. The lessons had been prepared separately, taught in school, observed, discussed and refined. These two lessons were designed to follow on from each other, but what was interesting was that the content did not differ much. The first lesson explored writing a fraction on a number line, involving fractions with different denominators, and in the questions the teachers would give the students they would be focusing on the fact they are between 0 and 1, so already touching on comparing fractions, and writing these fractions on different, and then the same number line.

The second lesson initially recapped just writing the number on the number line, and continued to use this skill throughout the lesson to enable the students to look at the number line to compare the size of the fractions. In terms of new content there was minimal; the second lesson continually repeated the skills from the first, to state which fraction was bigger. Not a single common denominator in sight!

All secondary teachers get the opportunity to visit a primary school. I went to the primary that the two primary specialists from our Hub had spent their week. It was lovely to see that what we were seeing in terms of lesson structure and guiding students through exploration and discovery in secondary, was replicated in the primary.

In the UK, we as secondary teachers always look back at where students are coming from to help us with transition and building of our curriculum’s for students in Year 7, however in Shanghai, staff in primary also look at where students need to be at secondary.

We are now entering our second week, so keep tuned for the next post focusing on the idea of generalising in the Shanghai maths classroom.